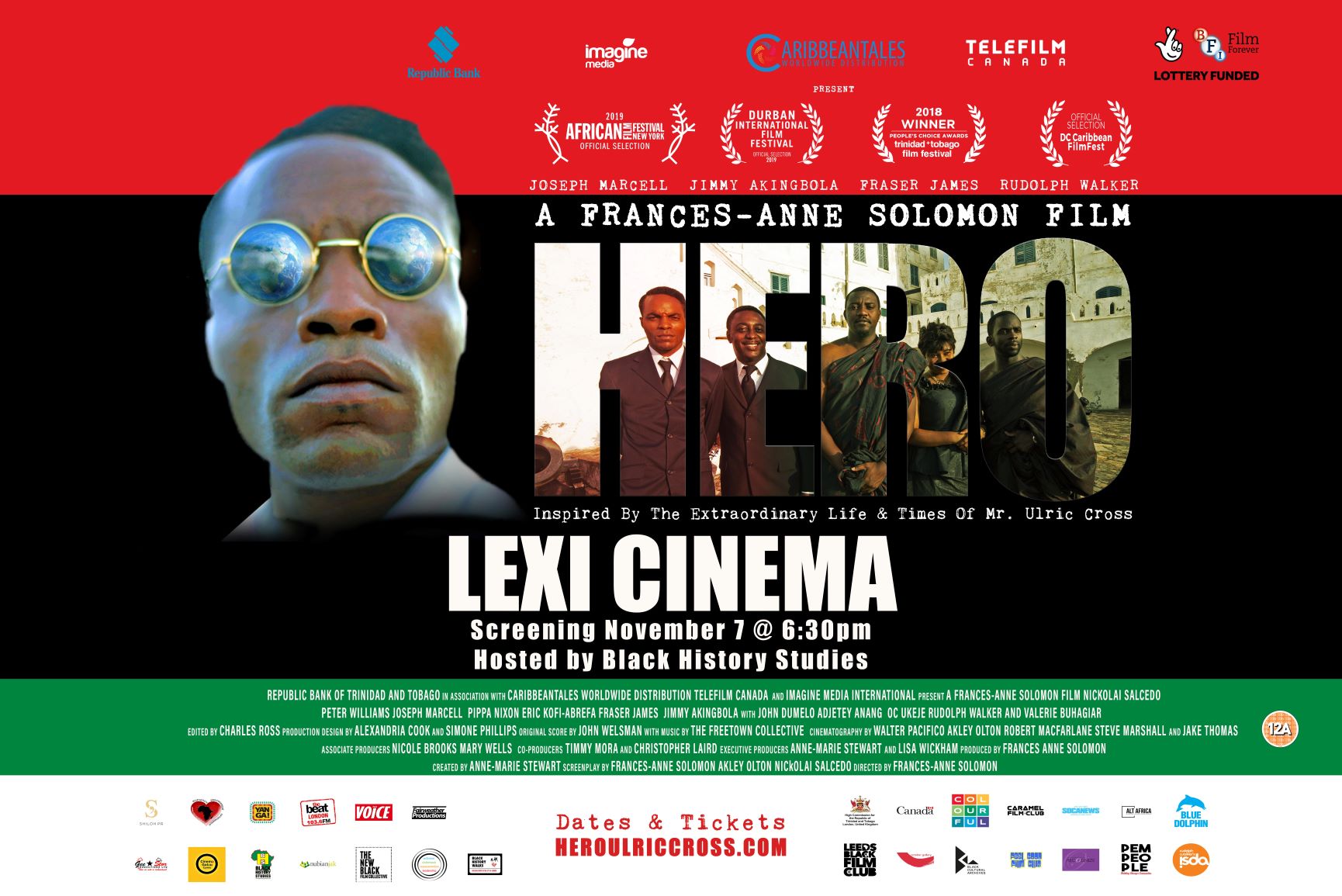 There will be a post screening Q&A with the Director Frances-Anne Solomon and members of the cast.

This event will take place on THURSDAY 7TH NOVEMBER 2019 at The Lexi Cinema, 194b Chamberlayne Road, Kensal Rise, London, NW10 3JU. Located 3 minutes from Kensal Rise Overground Station. Located 10 mins from Kensal Green and 15 mins from Queens Park on the Bakerloo Line. Via Bus, the Okehampton Road stop is right outside the Lexi Cinema, served by 52, 452, 6, 187, 302.