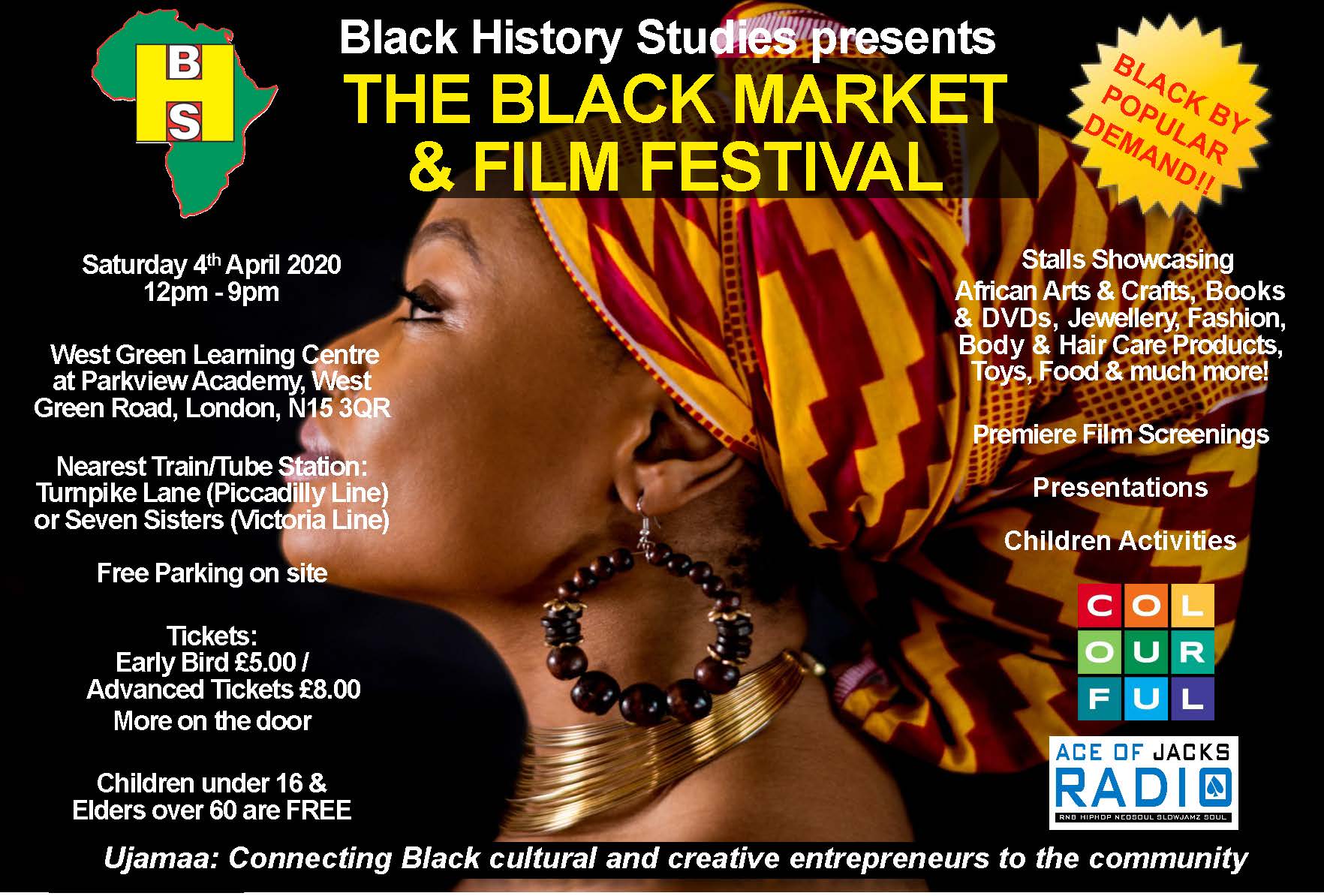 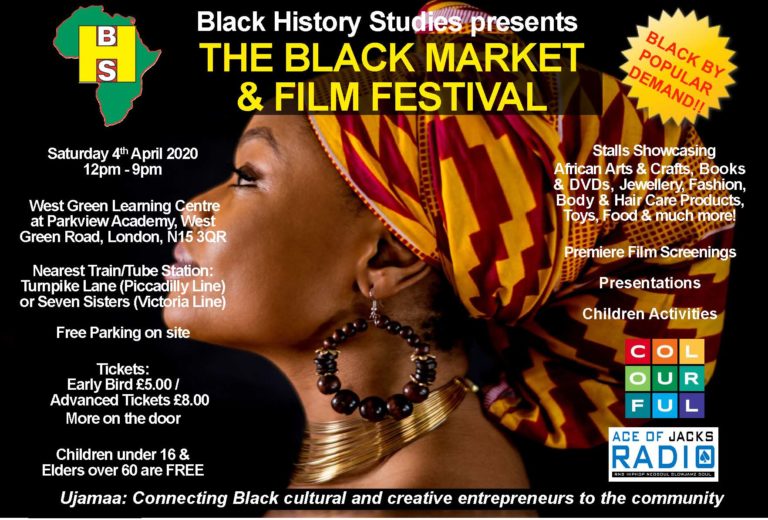 The 18th Black Market & Film Festival is an event to showcase, expose and connect Black cultural and creative entrepreneurs to the community and to provide a platform to sell their products, promote their skills and engage with the local and surrounding community.

The aim of the event is to:

We will have over 50 stalls showcasing African Arts & Crafts, Jewellery, Fashion, Skincare, Hair Care, Food, Books, DVDs, Toys & much more! There will be educational and interactive presentations on Financial Literacy and film screenings for all the family. Children activities and more…

WANT A STALL AT THE BLACK MARKET & FILM FESTIVAL?

– You have access to all the films and workshops on the day.

– A maximum of 2 adults per stall. Additional persons would need to purchase a ticket.

– All Stall purchases are final, non-refundable and non-transferable.

– No food or drinks vendors.

Stall enquiries via email only to info@blackhistorystudies.com

PLEASE STATE WHAT YOU WOULD LIKE TO EXHIBIT AND INFORMATION ABOUT YOUR BUSINESS.

12.30pm – Presentation: ‘Financial Lovemaking: Creating a Rich Future for You and Your Partner’ by Charmaine Simpson 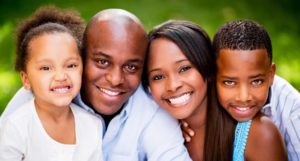 Financial Literacy a necessary skill for couples. Surveys have found that the number one cause of divorce was NOT infidelity but Financial Stress. Many couples have relationship problems because of financial pressures and couples’ inability to communicate with each other about key financial issues that causes the problems. In this presentation, Financial Educator Charmaine Simpson will teach couples the steps to building a strong financial house and show you how to master the art of making financial lovemaking in order to have healthy long lasting relationships. This is for couples wanting to get married, newly married or wanting to stay married. 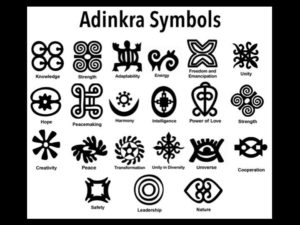 These bite size workshops by S.T.E.A.M Power (from dreamers to innovators) uses STEM (Science, Technology, Engineering & Mathematics) led activities that help to raise children’s aspirations and cognitive abilities. Children will use pictures of African buildings to create pop up cards. For young people aged 8 to 16 years. 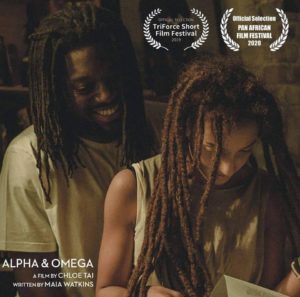 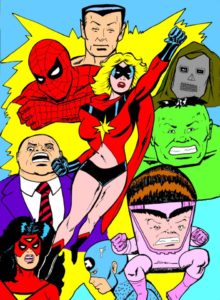 Come along and have some fun learning how to draw cartoons and the odd toon trick to impress your friends. From age 7 to adult.

About Peter Payne: I started getting into drawing from around the age of 7 and I was into collecting comics and drawing from them in addition to that, I loved watching animated cartoons being fascinated by how animation works. I studied Art at school and went onto studying Graphic Design after which I started work in the Animation industry specializing in 2d hand drawn animation having worked for 3 animation studios, one of which produced a feature length animated film that I worked on as an assistant animator/clean-up artist as well as on my own animated films on Super 8 cine film.

In more recent times I have run cartoon drawing workshops aimed at beginners both for adults and children worked on activity books as well as having my own You tube channel which contains how to draw and animation videos. In addition to that I have created still cartoons for an online alternative news and current affairs show named RADTV UK illustrating various news items. 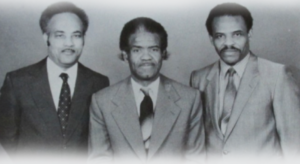 Len Dyke and Dudley Dryden achieved their business success at a time when there were huge obstacles against Black people in Britain. This year marks the 55th anniversary of the founding of their company Dyke and Dryden Ltd which was Britain’s first Black-owned multi-million pound business supplying hair and beauty products to mainstream store outlets, setting new business standards for services to the African Caribbean community. Join us for the panel discussion with Rudi Page, former Sales & Marketing Manager of Dyke & Dryden Ltd and Derek Clement, Former Creative Director of Splinters International with guests. 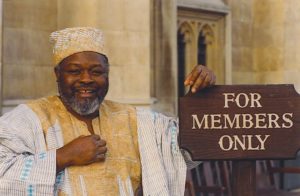 6.00pm – Presentation: ‘How to Win the Money Game’ by Daryl Harper 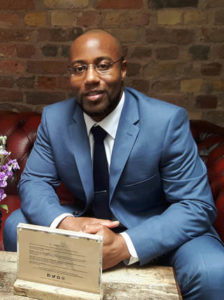 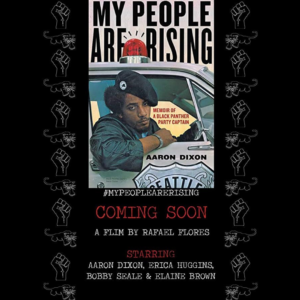 Any profits from the Black Market and Film Festival will go towards funding future events as we are SELF FUNDED and strive to be self-sufficient.

Our economic empowerment and liberation is OUR RESPONSIBILITY.

We have limited number of Early Bird Tickets available at £5.00.

After they have gone, tickets will be £8.00 if purchased before MIDNIGHT on Friday 3rd April 2020.

Children under 16 and Elder’s over 60 are FREE

The venue is wheelchair accessible and family friendly.

Please note that this event will be filmed and photographed. This event is being filmed for display, distribution, and broadcast, including on television and the World Wide Web. By attending and participating in this event, you are giving your consent to be filmed and waiving any and all claims regarding the use of your image.