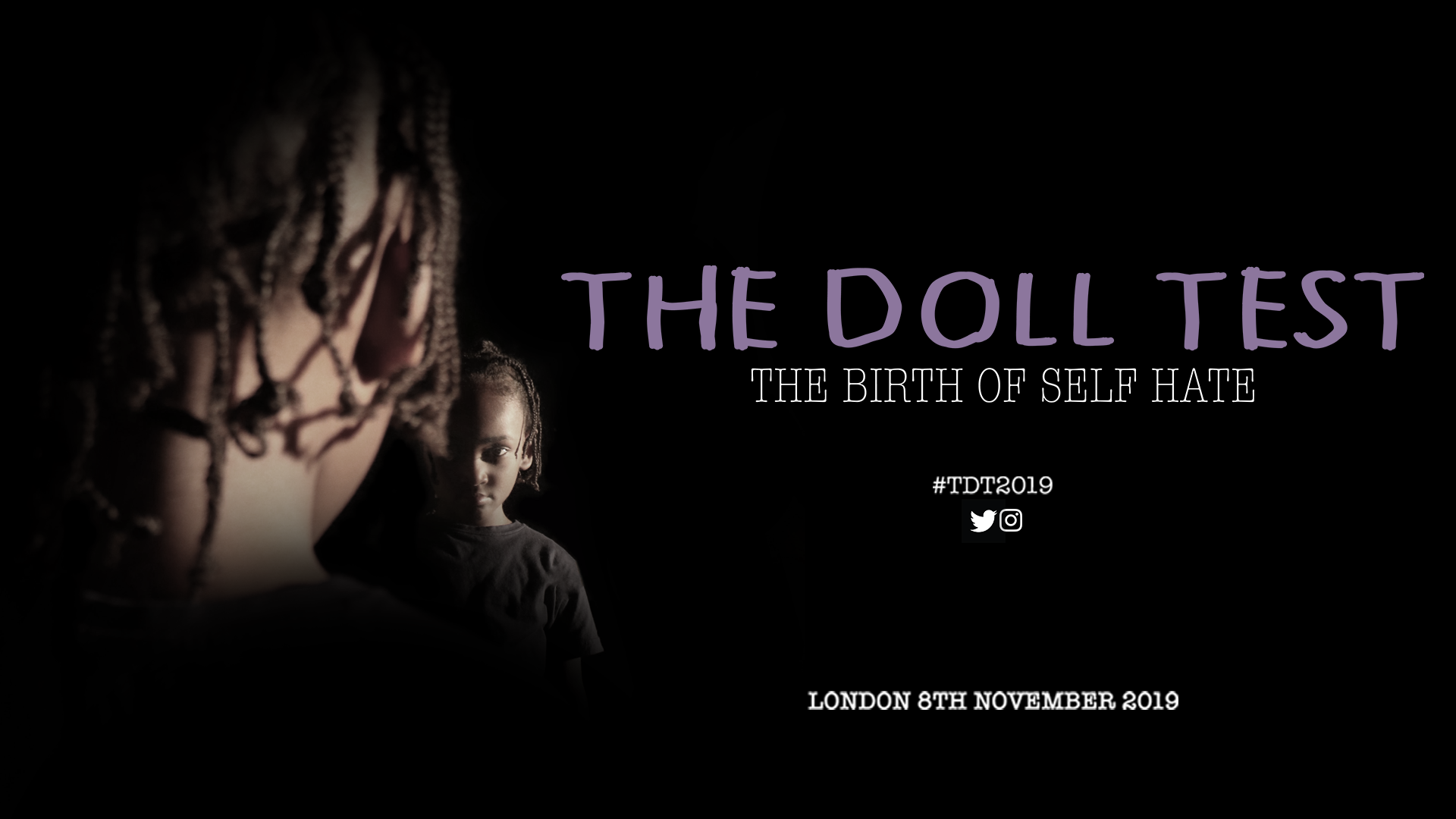 Black History Studies in association with TG Group proudly presents the London Premiere of the critically acclaimed documentary short “The Doll Test: The Birth Of Self Hate”.

After many reports in 2018 of racial discrimination across the UK in fields such as academia, occupation and media, a Black Studies student set upon a journey to seek what is the stimulus behind the “covert racism” experience of Black British citizens. What wasn’t expected, was the eye-opening findings of how far the rabbit hole goes and how deep-rooted internalised racism is embedded in the youth.

‘The Doll Test’ set in one of the UK’s largest cities, Birmingham. This documentary short attempts to highlight the social engineering in young black children via topics of race and identity. Influenced by Kenneth and Mamie Clark, psychologists who, explored racial segregation effects among African-American children in 1940, by constructing a ‘Doll Test’ to challenge the ‘separate but equal’ policy in public schools.

Written and narrated by Darrel Blake, a London born activist and researcher investigates the mind set of Black children in Birmingham. This study brings about a discourse on early years consciousness on race and culture recognition. This being the first of its kind in the UK, the producer’s aim is to challenge the status quo on Black youth by generating counter narratives that formulate cause and effect argumentations for Black cognizance.

There will be a post screening discussion with the Director, Professor Lez Henry and Cheryl Phoenix.

Tickets for this event are FREE. Donations would be appreciated.

Places for this event are limited so if you are interested in attending please secure your ticket.

Please note that this event will be photographed. This event is being filmed for display, distribution, and broadcast, including on television and the World Wide Web. By attending and participating in this event, you are giving your consent to be filmed and waiving any and all claims regarding the use of your image