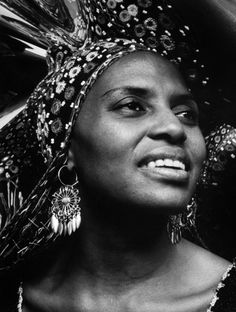 Mama Africa is the biopic of South African singer Miriam Makeba, the first Black African musician to win international stardom. Her music influenced artists across the globe, although her style stayed anchored in her South African roots. She sang for John F. Kennedy and Marlon Brando, performed with Harry Belafonte, Nina Simone, Dizzie Gillespie and Paul Simon. She was also a vocal campaigner against apartheid, and always stood for truth and justice. After her involvement with the 1959 documentary Come Back Africa (one of the first films to expose the harsh realities of apartheid) she was forced into exile from her homeland.

This documentary traces her life and music through more than fifty years of performing. Her grandchildren, friends and colleagues, some who knew her from the beginning, in the dance halls of South Africa, share with us the remarkable journey of Mama Africa.

This event will take place on WEDNESDAY 30TH OCTOBER 2019 at The Lexi Cinema, 194b Chamberlayne Road, Kensal Rise, London, NW10 3JU. Located 3 minutes from Kensal Rise Overground Station. Located 10 mins from Kensal Green and 15 mins from Queens Park on the Bakerloo Line. Via Bus, the Okehampton Road stop is right outside the Lexi Cinema, served by 52, 452, 6, 187, 302.