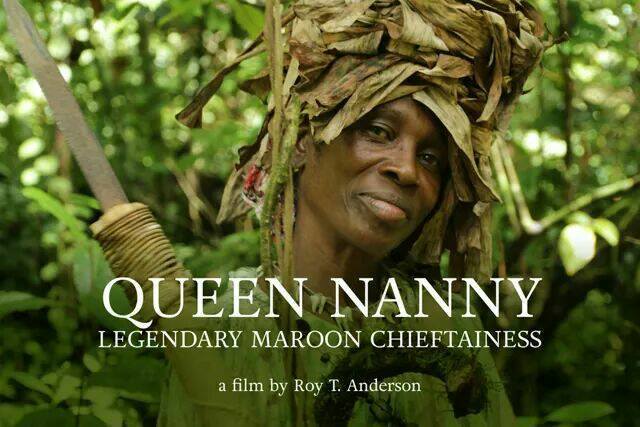 Conceived by Jamaican-born, New Jersey-based filmmaker, Roy T. Anderson, and history professor, Harcourt T. Fuller, PhD, Queen Nanny: Legendary Maroon Chieftainess, a one-hour documentary-film, unearths and examine the mysterious figure that is Nanny of the Maroons; Jamaica’s sole female National Hero, and one of the most celebrated, but least recognized heroines in the resistance history of the New World.

Queen Nanny documents the struggle for freedom by the Jamaican Maroons, led by the indomitable 18th century military genius, Nanny of the Maroons. A spiritual leader, skilled in the use of herbs and guerilla warfare tactics, from her mountain stronghold at the source of the Stony River in the majestic Blue Mountains, she directed the warfare that effectively neutralized the vaunted British firepower.

Following on the heels of Akwantu: the Journey (Action 4 Reel Flimworks, 2012), Anderson’s award-winning film on the history of the Jamaican Maroons, Queen Nanny expands on the story of the New World’s first successful freedom fighters by shedding light on to one of the leading figures in that struggle.

Seats are unallocated. The venue is not wheelchair accessible.

Tickets for this event is £10 per person.