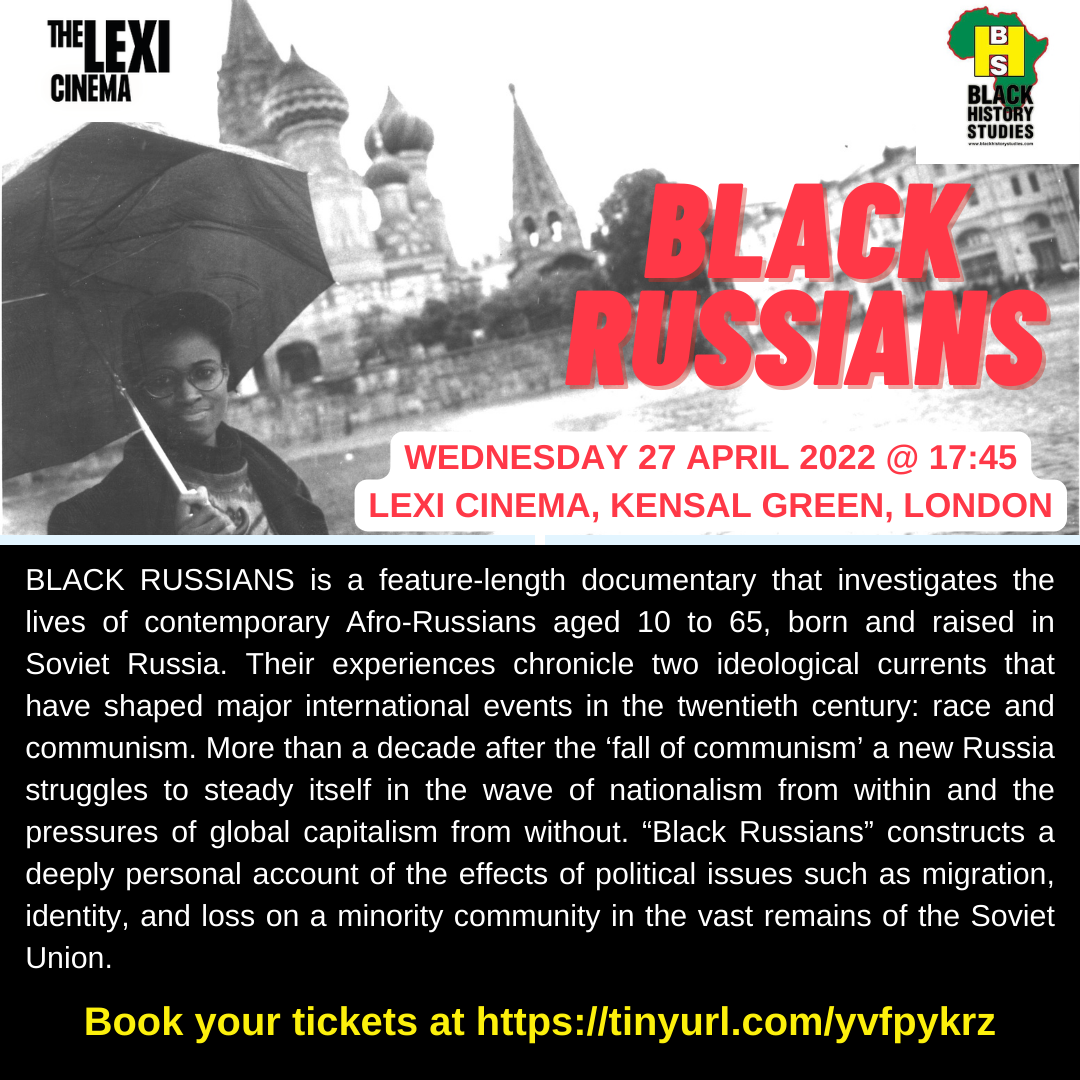 BLACK RUSSIANS is a feature-length documentary that investigates the lives of contemporary Afro-Russians aged 10 to 65, born and raised in Soviet Russia.

Their experiences chronicle two ideological currents that have shaped major international events in the twentieth century: race and communism.

Intimate interviews with a poet, a film producer, a reggae artist, a businessman, and others, all Black and all Russian, guide us through this story of promise and non-discrimination. Archive images reveal rarely seen footage of Black political leaders in the Soviet Union, like Paul Robeson, Kwame Nkrumah, and Angela Davis.

More than a decade after the ‘fall of communism’ a new Russia struggles to steady itself in the wave of nationalism from within and the pressures of global capitalism from without. “Black Russians” constructs a deeply personal account of the effects of political issues such as migration, identity, and loss on a minority community in the vast remains of the Soviet Union.