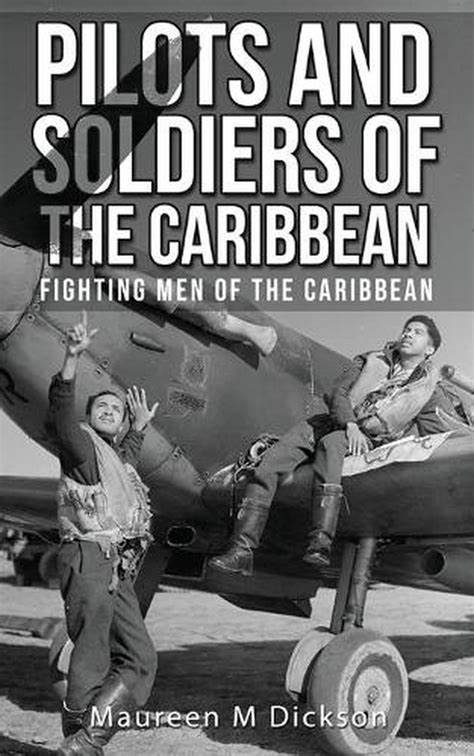 Black History Studies in association with Maureen Dickson presents a webinar titled ‘Pilots and Soldiers of the Caribbean: Fighting Men of the Caribbean’ on Sunday 17th October 2021.

A speech which was given by King George VI asking for Caribbean men and women to fight for Britain in WWII, ended with the words “His most gracious majesty King George has called on the men of the Empire, men of every class, creed and colour, to come forward to fight. This call is to YOU, YOUNG MAN! Not your neighbour, not your brother, not your cousin, but YOU! 6,000 personnel joined the RAF from the Caribbean, of which 500 were aircrew. Gunners, radio operators, pilots and navigators. The rest were ground crew.

In this webinar, Maureen Dickson will explore and showcase the personal accounts of Veteran’s experiences, showing another side of what was going on during the war, not only in Europe, or the field of battle but in the West Indies. At the event, we will also launch the new book ‘Pilots and Soldiers of the Caribbean: Fighting Men of the Caribbean’ by Maureen M. Dickson.

Maureen Dickson formally a U.S. Realtor, Property TV Presenter, Producer and Oral Historian. Maureen’s long-standing passion for history took a turn after having a life-changing conversation with her terminally ill father. Although he was too young to go to war in WWII, (in fact he turned eighteen years old weeks before the war came to an end), however, he was able to tell her what life was like in Guyana (British Guiana as it was then known, in South America), during the war years. With this information Maureen decided to look into what role Guyana and the West Indies played during the war. In order to record their personal accounts of the war Maureen interviewed ex-service personnel not only in Britain, but travelled to the West Indies, with the aim that she could preserve their war experiences for posterity. Her hope was that the future generations, would be as inspired as she was, by her father’s account of life in Guyana during the war years, and the people he knew who had gone to war to fight alongside Britain.

Tickets for this webinar are £5.00 per person.

Book your ticket at https://us02web.zoom.us/webinar/register/WN_qaXO_sz2TGS60ujtzMQ0Tg