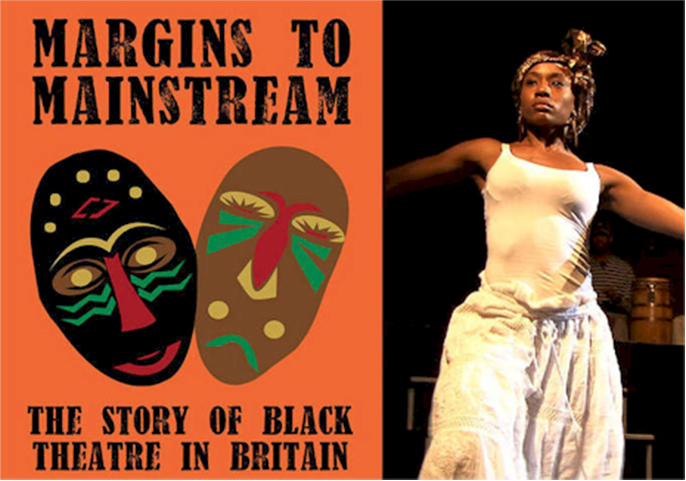 Margins to Mainstream: The Story of Black Theatre in Britain is a documentary film produced by the Octavia Foundation and Nu Century Arts, Birmingham with funding from the Heritage Lottery Fund.

The groundbreaking film explores the history and heritage of Black theatre in Britain, examines the different interpretations of ‘Black British Theatre’ as a label and genre and catalogues the incredible contribution of black actors, producers and playwrights to the UK theatre tradition. Featuring previously unseen footage of seminal plays, fascinating interviews with theatre heavyweights, ‘Margins to Mainstream’ tells the story of a dynamic art.

Book your FREE ticket at https://us02web.zoom.us/webinar/register/WN_Hdub6NgWTg-R6Rn-0pJbXg

Would you consider yourself or know someone who might consider themself a ‘non theatregoer’? Not been to the theatre in 18 months pre covid? This is an invitation to participate in a focus group for a study (Reading Uni PhD researcher with kind support from the National Theatre) which explores leisure participation behaviour of black people, living in London who, match the characteristics of typical West End theatregoers. Participants will be:

2. Residents of London and

3. Financially disposed to attending West End theatre or if living with a partner or spouse, jointly funding leisure activities, where their joint income is sufficient to allow them to attend West End theatre on an occasional basis.

If you match the above profile and are interested in being involved, please click the following link to complete the anonymous ‘Participant Background Information’ form https://forms.gle/xqDsXHZrzau4Tbec7